Harvey has delighted audiences since its Broadway premiere in 1944. Mary Chase’s Pulitzer Prize winning play is a classic comedy with memorable characters that is a delight for all ages. Even though it has had several recent revivals in New York and London, it is perhaps best know for the movie of the same title, starring Jimmy Stewart.

The story of Elwood P. Dowd and his imaginary rabbit friend, Harvey, described as a six-foot-three-and-a-half-inch Pooka, has delighted audiences since its Broadway premiere in 1944. Elwood and the “invisible” Harvey so disturb his social-climbing sister that she decides to have Elwood committed to a sanitarium. Of course, hilarity ensues.

This Pulitzer Prize-winning play with its wonderful period costumes and set takes place in an era when things were simpler and comedies of manners featuring great characters prevailed. The audience will leave smiling after experiencing this fresh rendition of a timeless classic.

Harvey opened in dinner theatre at the Best Western Cobourg Inn & Convention Centre on October 23, 2015 and closed on November 8, 2015.

Hear what the director, Jack Boyagian, and actor Jody Ledgerwood had to say about Harvey on 107.9 The Breeze: 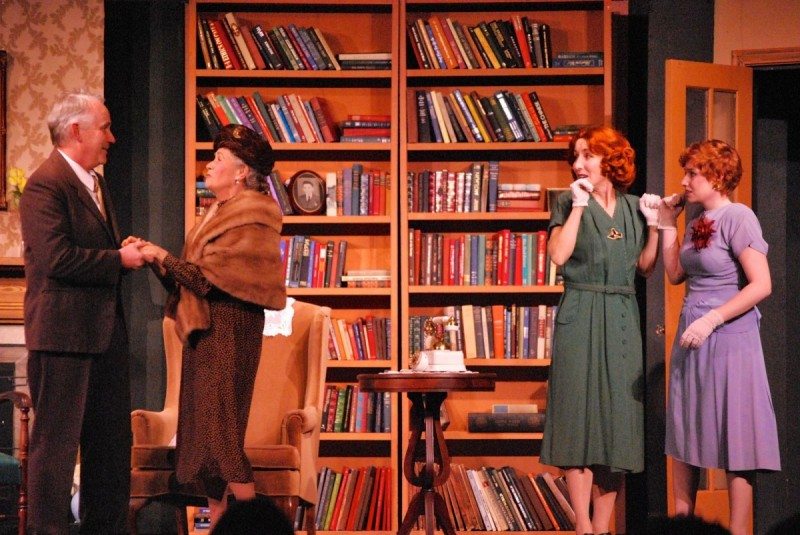 For details about this production including notes, cast and production volunteers, view the Harvey Program.

Hear what The Breeze 109.7 said about Harvey:

View photos of Harvey in the Gallery.