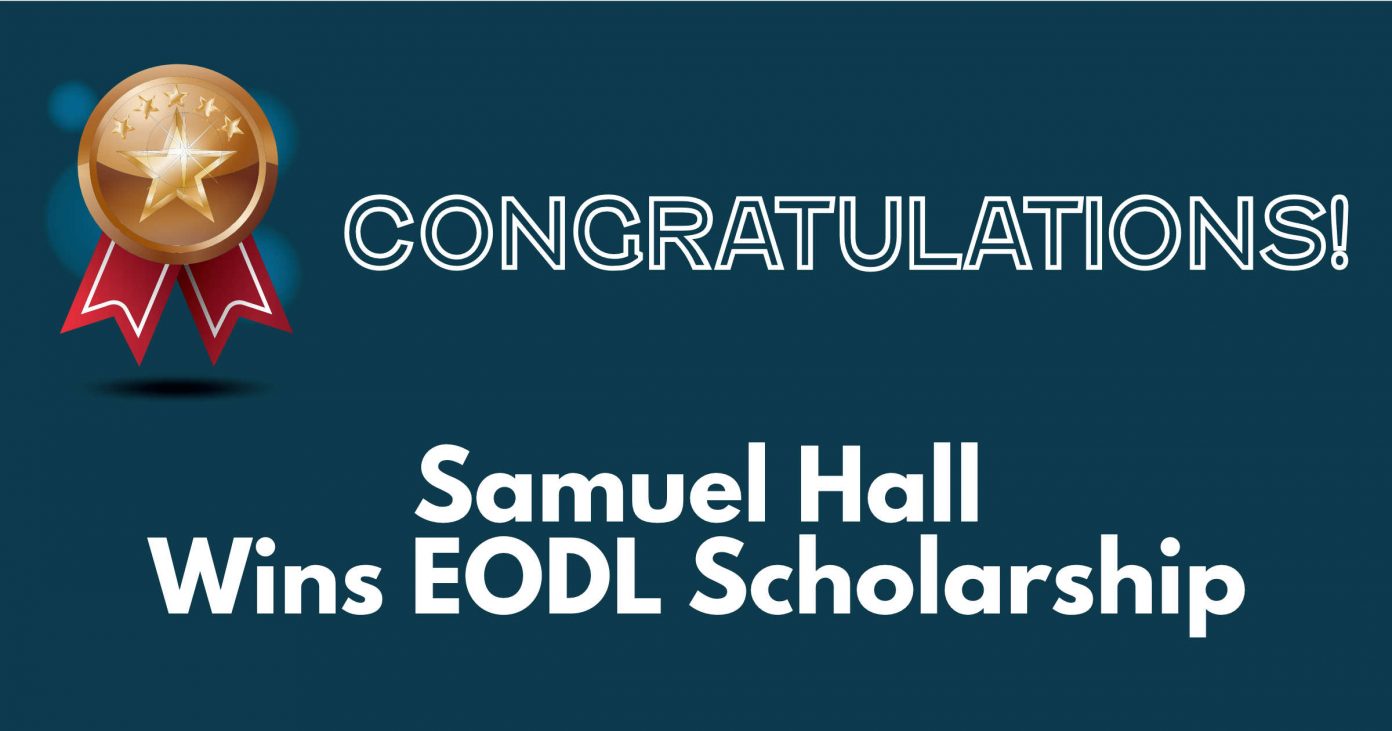 Samuel Hall is this year’s recipient of the EODL Student Scholarship! The EODL Scholarship is given out by the Eastern Ontario Drama League to a senior student who shows talent, potential and a willingness to proceed in some aspect of theatrical training.

After six performances on stage with Northumberland Players’ main season and Drama Camp, Sam moved behind the scenes! Sam took on the role of Assistant Stage Manager for a Youth Production of ‘How to Eat Like a Child’.

Sam did not confine his talents to JUST Northumberland Players! Cobourg Collegiate Institute (CCI) kept Sam busy as well – starring as Shrek in ‘Shrek, the Musical’, and Gary/Roger in ‘Noises Off’ – that, of course when he wasn’t running the school as Prime Minister or being the head of the CCI tech team!

Did we mention that Samuel also performed with the Capitol Theatre in Port Hope? He performed the role of Gaston in their production of ‘Beauty and the Beast Jr.’.

Jack Boyagian, President of Northumberland Players boasts that Sam is “one of the most giving young people he has ever met.”

Sam is currently attending Trent University working towards a combined degree in the Consecutive Education program. We wish him well as he progresses through a 6 year program – preparing to eventually teach Dramatic Arts and Mathematics! Congratulations, Sam!