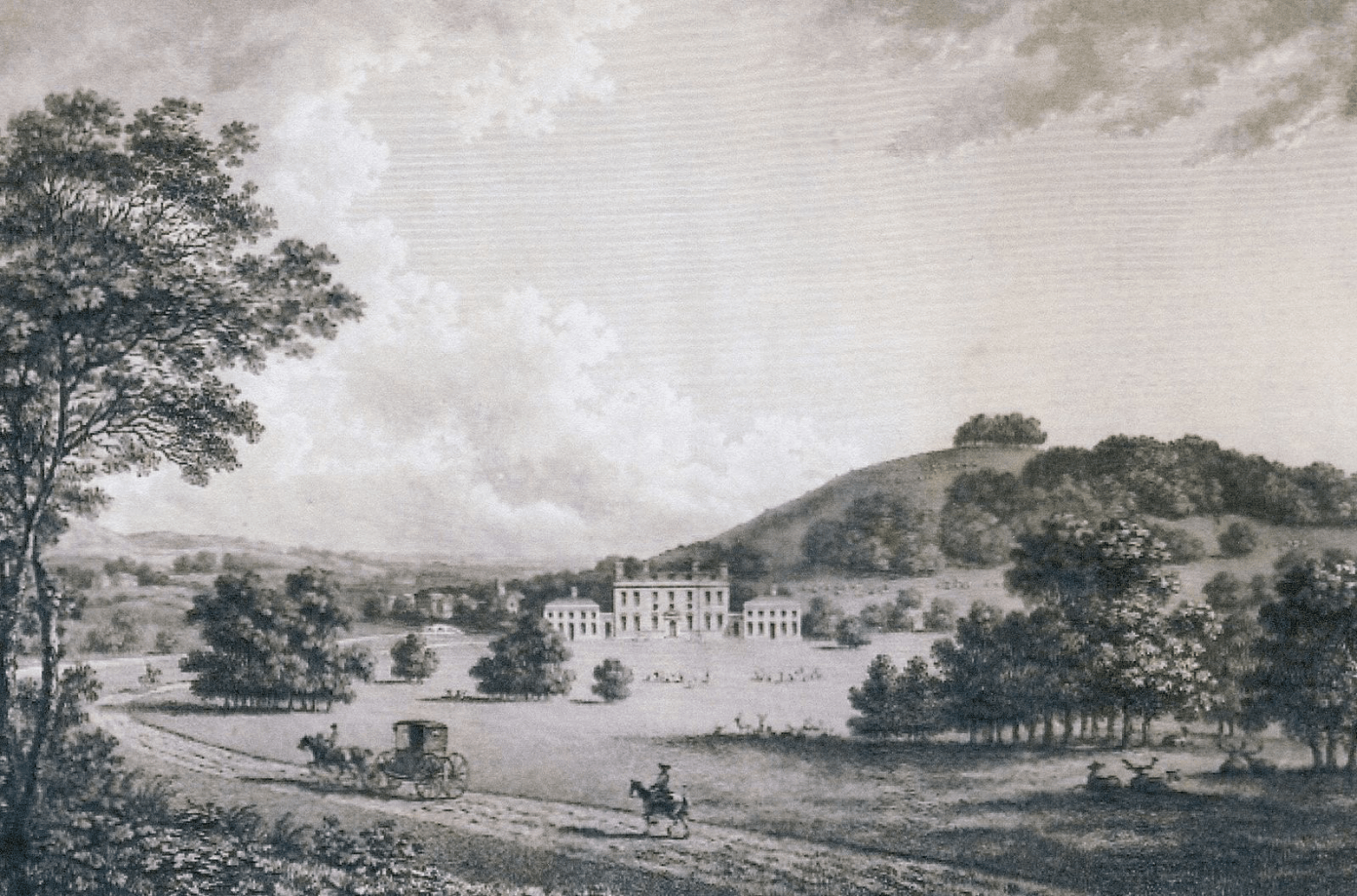 Some of the most famous homes in literature are just as symbolic of the works in which they appear as the characters themselves. Pemberley, the fictional estate owned by Mr. Darcy in “Pride and Prejudice”, is one such home.

Located near the fictional town of Lambton, Pemberley is first described in “Pride and Prejudice” this way:

They gradually ascended for half a mile, and then found themselves at the top of a considerable eminence, where the wood ceased, and the eye was instantly caught by Pemberley House, situated on the opposite side of a valley, into which the road with some abruptness wound. It was a large, handsome, stone building, standing well on rising ground, and backed by a ridge of high woody hills;—and in front, a stream of some natural importance was swelled into greater, but without any artificial appearance. Its banks were neither formal, nor falsely adorned. Elizabeth was delighted. She had never seen a place where nature had done more, or where natural beauty had been so little counteracted by an awkward taste. They were all of them warm in their admiration; and at that moment she felt that to be mistress of Pemberley might be something!

Jane Austen grew up in a modest household, though did attend many parties, balls, and other gatherings at the grand houses and estates of Hampshire. However, it was two properties inherited by her brother Edward after he was adopted – Godmersham and Chawton House – that allowed her to enter the more privileged world.

Though Chatsworth House is often thought to be the original inspiration for Pemberley and has been used for exterior scenes in several adaptations of “Pride and Prejudice”, it was at Godmersham that Austen was exposed to the large estate lifestyle.

At the time, Godmersham had 5,000 acres of land, with two wings added in the 1780s to the original 1732 property. The many servants, entertainments, Italianate style, extensive library, and other luxuries allowed Austen to “shake off vulgar cares & conform to the happy Indifference of East Kent wealth.”

Take your own trip through Pemberley in “Miss Bennet: Christmas at Pemberley“, playing at the Firehall Theatre Nov 29 – Dec 15, 2019.