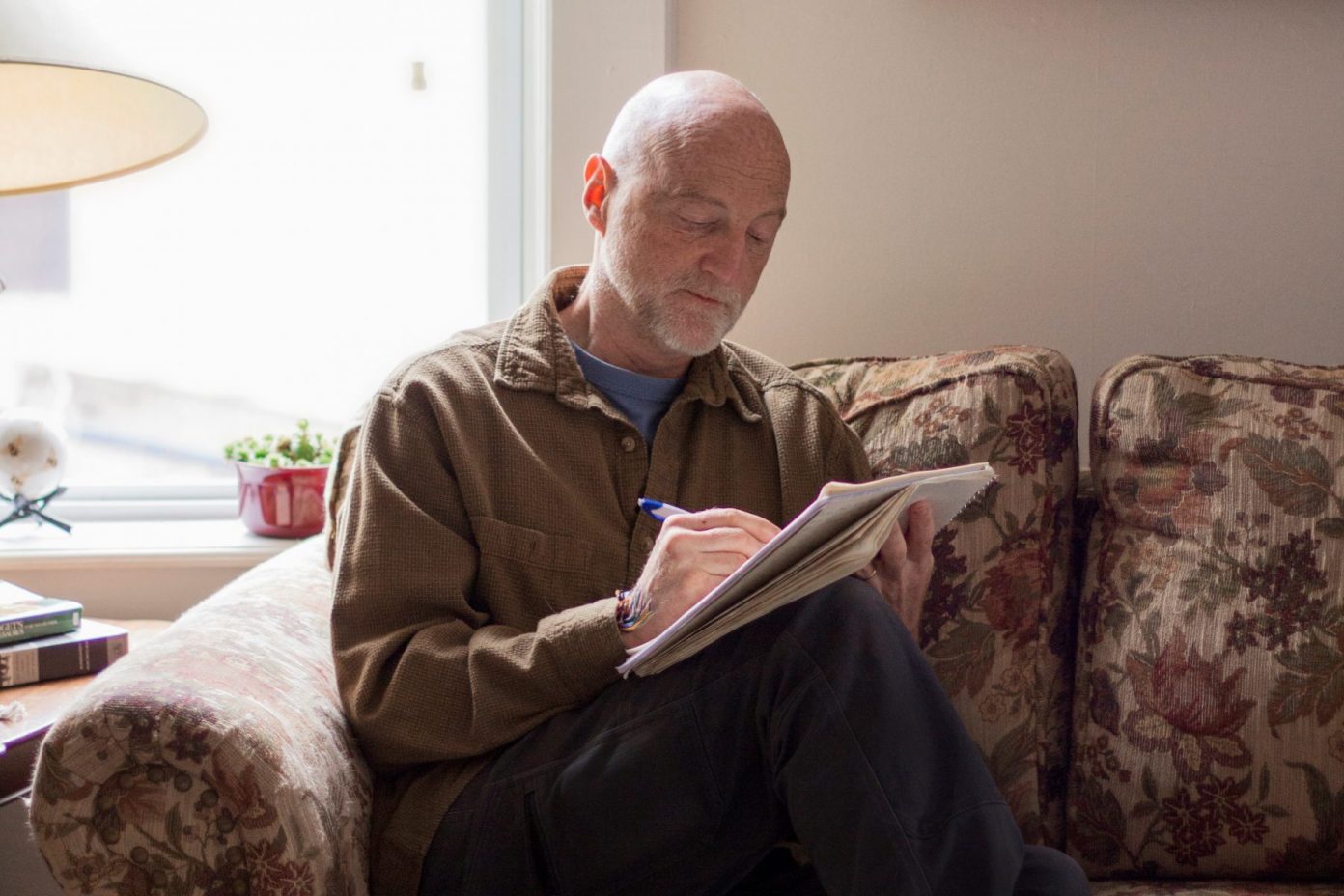 Playwright Dave Clark says getting the ending right is the hardest part – the resolution of the key dramatic question is what makes or breaks a good story. And a good story, beautifully told, is what you will get from his new play, To Shut the Mouths of Lions, which premieres April 1 at the Firehall Theatre in Cobourg.

This play explores themes of personal importance to the writer: social justice, fairness and freedom of expression. The lead character in To Shut the Mouths of Lions, William McBride, is a homophobic, domineering patriarch whose values and world view collide with those of his family. The play’s title is drawn from the Biblical tale of Daniel in the Lion’s Den, a reference that becomes apparent as the story unfolds.

The action takes place over one Boxing Day, when the two McBride brothers and their spouses gather in their parents’ home. One son is gay, and his husband is unwelcome. The play’s buried tensions soon begin to ratchet up as old wounds reopen and familiar patterns repeat. On one level, the play is about a family dealing with issues of conflict, love and past demons. The dialogue is swift, witty and naturalistic. But on another level, underlying themes of mortality, inclusion, acceptance and redemption manifest themselves.

This is Clark’s first produced play and he is also the play’s director. He brings to this challenge a wealth of experience as an actor, director, producer, writer and teacher. He has performed in, and directed numerous highly successful plays with Northumberland Players and has also been a key creative force behind the development of theatre in Northumberland’s schools and community.

“Of all the creative processes I think writing is the hardest,” he says. “Unlike acting or directing where you interpret an already existing piece, writing is truly a creative art; starting with nothing and creating something.”

Clark was initially concerned that he would be less objective directing his own play but, early on, found he could tell what was working and what wasn’t in a similar way to directing any play. Plus, the dual role of writer / director allows him to provide the actors with their character’s backstories, helpful information as they bring the roles to life.

When asked what advice he would give to aspiring playwrights, Clark quotes writer Annie Dillard: “Never stop and never hurry.”

Clark has been writing since he was 15 years old and, for him, the emergence of this play is just another step in a lifelong pursuit. As he looks back on what he has written over the years, he says “I’m constantly reworking the same themes, again and again in different ways – themes about freedom of expression, social justice and what it means to be a male.”

To Shut the Mouths of Lions runs from April 1 to 16 at the Firehall Theatre, Cobourg.